The Hague, The Netherlands

In the past few years “post truth” has become such a widespread phenomenon, making it seem that realpolitik is the new standard for policymaking. At the same time the instruments for creating evidence for policymakers have tremendously grown with the introduction of Big Data and the development of algorithms for generating new insights. Another widespread development is the use of behavior insights in order to enhance the effectiveness of policy instruments.

In all of these processes of shaping evidence informed policymaking, scientists from all kind of disciplines, whether it is data science, statistics, policy research, behavioral sciences or a structured way of fact checking, play a crucial role to substantiate the development of policies. These processes for a sound substantiation for policymaking are a main contribution to more effective and predictable policies, if well organized.

The way that evidence for policy is organized, differs strongly per country or region in the world. In the Anglo-Saxon culture we see Chief Government scientists, organizing the impact of science form inside the Ministries.  In 2010, the UK Prime Minister has successfully launched its What Works Networks with their related Behavior Insight Teams. In the US, we have seen What Works Cities and the “data for evidence” initiatives, started at the White House. Moreover, in January 2019, the US federal government has signed into law the “Foundations for Evidence-Based Policymaking  Act”. In the European Union in 2016, the Science Advice mechanism has evolved and Joint Research Centres play a role. The Netherlands has its Central Policy Analysis Agencies. In Singapore we see a National Research Council, housed at the Prime Minister’s Office.

Especially in democracies, evidence for policy is needed and needs to be robust. Bringing together the managers of these processes will create new insights and mutual benefits. This conference has the aim to bring together these experts worldwide to learn which methods and instruments can be applied for which situations and how they may improve the quality of evidence provided.

The Conference in The Hague

The city of the Hague has recently welcomed the Department for Governance and Global affairs from Leiden University, the oldest university of the Netherlands. The Hague also houses many international institutes, including the main national organizations for research and statistics. It also houses the international Network for Advancing and Evaluating the Societal Impact of Science AESIS. The conference will take place in Juli 2020. Leiden University and ScienceWorks (the founders of the AESIS Network) will be the organizers of this event.

The conference will treat a range of issues that influence our capacity to enhance the development and practical use of evidence for policymakers. Our PAC (see hereunder) will advise us in defining them. A short list of issues may include:

- How to convince policymakers to use evidence

- How does evidence lead to more effective policymaking

- Internal organization of evidence within government

- Evidence for politicians and parliaments

- Enhancing the usability of research from universities and science councils

- Effective use of algorithms for policymakers

The following experts have confirmed their participation: 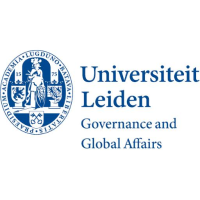 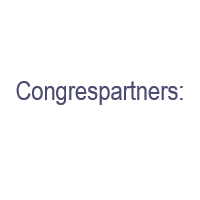 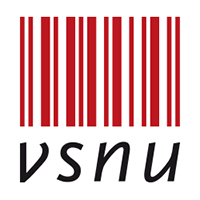 Traveling to the conference location

Traveling to the conference location

The conference will take place in Leiden University, Wijnhaven in the Hague, which is located 5 minutes from the central station. If you want to come by car, which we would not suggest because of the costs and traffic, you can reserve a parking spot on the website of ‘Parkeren in Museumkwartier’ (via this link), which is also the cheapest option for parking in the city center.

This conference is organised by ScienceWorks, in collaoboration with Leiden University.

Costs include two lunches and a reception.

On the 1st of July there will be a conference dinner, location and time will be announced soon. Costs for this dinnner will be €65,-.

Payment of the participation fee should happen before the conference starts. You will receive an invoice together with the confirmation. Payments have to be made in Euro at your discretion and are free of all bank and other charges. Personal or company cheques are not accepted. All amounts are excluding VAT, if applicable.

If you are unable to attend the conference it is permitted to allow someone else to participate in your stead, if the name of the replacement is communicated before the start of the conference to the organisers. Cancellation without cost is possible until the 20th of May 2020. If you cancel between May 20th and June 10th 2020, we will invoice €95 administration costs. After June 10th 2020, you owe us the full amount.

Photographs and/or videos may be taken at the conference. By attending this event, you acknowledge and agree that your likeness maybe included in photos and videos of the event and used by ScienceWorks in connection with communications about the conference or other ScienceWorks communications and promotion. If you do not agree to this usage, please send us a written notification at least 3 days before the event.

Chair of The Association of Universities in the Netherlands (VSNU): Pieter Duisenberg

Pieter Duisenberg (1967) has been President of the Association of Universities in the Netherlands (VSNU) since October 2017. Pieter Duisenberg aims to impact the political debate and give a strong voice to the university sector. Main issues the VSNU has worked on are internationalisation, academic careers, funding and quality of education. Before joining the VSNU, Pieter Duisenberg was a member of the Dutch Parliament (for the People's Party for Freedom and Democracy, VVD) since 2012, where his portfolio was Higher Education and Science. Prior to his political career, Pieter worked for more than twenty years in the private sector, holding positions in Shell, McKinsey & Company and Eneco. Pieter is currently a guest lecturer at the VU Amsterdam and the University of Groningen.

Chief Executive Officer of the Data Coalition and President of the non-profit Data Foundation: Nick Hart

Dr. Nick Hart is the Chief Executive Officer of the Data Coalition and President of the non-profit Data Foundation. He helped craft the milestone Foundations for Evidence-Based Policymaking Act in the United States and has worked with numerous federal agencies and congressional committees to design effective data, evaluation, and privacy policies over the past decade. Dr. Hart previously served as the Policy and Research Director for the U.S. Commission on Evidence-Based Policymaking and worked at the White House Office of Management and Budget. He is a fellow of the National Academy of Public Administration and the Bipartisan Policy Center, and an adjunct professor at George Washington University in Washington, DC.

Sander is professor in big data ecosystems for business and society at the University of Amsterdam. He is partner in charge of data analytics at KPMG in the Netherlands and member of KPMG’s global leadership team on data & analytics, where he is responsible for “AI in Control” related activities. Sander has a PhD in High Energy Physics (HEP) and worked for over a decade on a number of projects for CERN, the world’s largest physics institute in Geneva. He is one of the authors of the Nobel prize winning ATLAS publication about the discovery of the Higgs boson. His books “We are Big Data” and “Building Trust in a Smart Society” were nominated in the Netherlands for management book of the year awards in 2015 and 2018.

Dr. P. Van der Knaap (Amsterdam, 1965) is Managing-Director of SWOV, the national Institute for Road Safety Research in The Netherlands. Previously, he worked as Research Director at the Netherlands Court of Audit and as Head of Policy Evaluation Research within the Ministry of Finance. Van der Knaap holds a PhD. in Public Administration from Erasmus University Rotterdam. Van der Knaap has expertise in road safety, public policy, evaluation, audit, and public finance. He has wide-ranging experience in leadership and management, features a wide network and is the author of several scientific articles, books and other publications. He lives in The Hague with his wife, children, and a modest collection of old French cars and Dutch bicycles.